How We Quadrupled Conversions With Google Ads + Landing Page Optimization 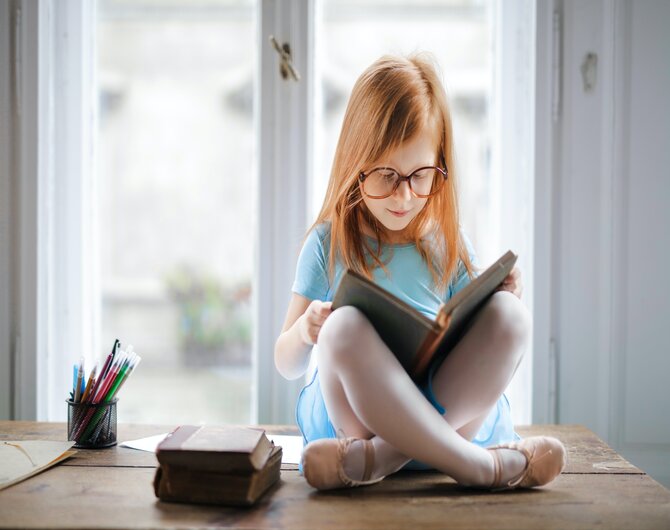 The Story: FUNetix, an initiative of the American Youth Literacy Foundation that helps children—particularly underprivileged children and kids with learning challenges—learn to read English, teamed with Galactic Fed to raise brand awareness and expand the reach of their free reading programs.

With the launch of their new FUNetix app, which delivers a science-based “learn to read” curriculum for early readers, the client wanted to reach more young readers and increase app installs/app demo leads. To do this, Galactic Fed created a plan that combined paid ads with landing page optimization.

The Strategy: Galactic Fed started by homing in on the target audiences for the FUNetix app, conducting extensive keyword research, and building out Google Ads campaigns optimized for demo button clicks/leads.

The team developed a Google Ads branding and lead-building strategy using Search Campaigns via FUNetix’s Google Grants account, targeting their efforts within the United States, India, Africa, and other countries where English is widely taught.

They targeted their search campaigns to reach parents whose kids are unable to learn English, either because they can’t afford school tuition or because English simply isn’t available in their school curriculum. Galactic Fed also wanted to target teachers (and teacher-adjacent roles like mentors, educators, tutors, and childcare providers) living within those demographics, to promote the FUNetix app.

While the search campaigns were built to bring in more app leads, Galactic Fed’s landing page optimizations used testing and analytics to improve on-page conversions. This finely-tuned funnel was engineered to help the client attract and convert more leads at a reduced cost.

Since the state of the engagement with FUNetix (approximately six months) Galactic Fed has helped the client achieve: 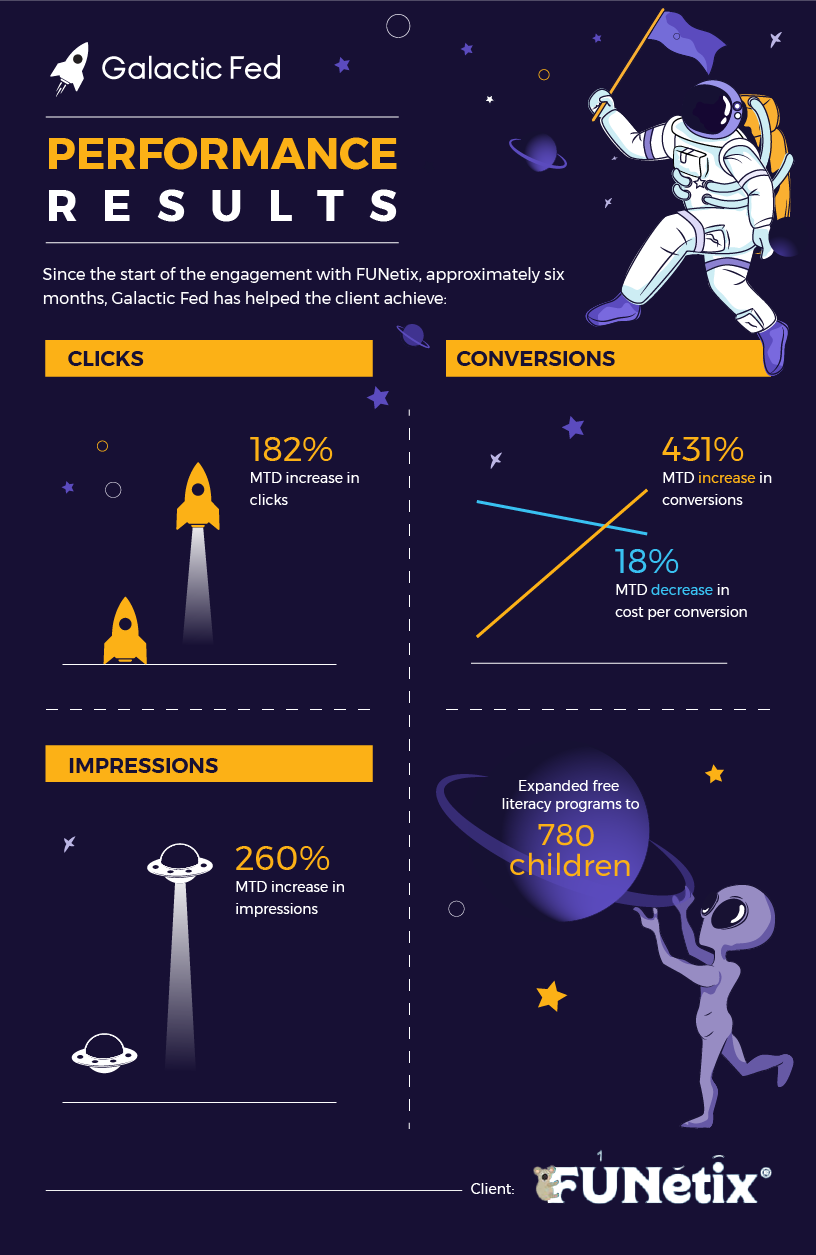 How We Achieved 286% Growth in Referring Domains and Almost 10,000% in Traffic Increased Conversions with Facebook Ads That Reached Millions in 3 Weeks Scaled Organic Traffic by Over 2000% with White Hat SEO