An In-Depth Guide to Multivariate Testing In Marketing

If your company is familiar with A/B testing, you know how effective it can be when it comes to improving your landing pages and online ads.

With ever-changing factors and shifting customer demand, A/B testing may not always go far enough. In this blog, the digital marketing experts at Galactic Fed explore when and where to use multivariate testing and how it differs from A/B tests.

Using a variety of multivariate tests, we lowered an early stage telehealth start-up’s ad campaign cost per acquisition (CPA) by 68% in one week. Given our experience in this area, we thought it was about time we shared an in-depth guide to multivariate tests when it comes to digital marketing.

What is multivariate testing?

Multivariate testing is the activity in which multiple versions of content are modified and trialed to determine the optimal combination of layout, headline, copy, button size, font, and more, leading to the highest conversion rate. In other words, multivariate testing means splitting online traffic between numerous variations. This sort of testing is particularly handy when you want to test the impact of comprehensive changes within an online ad or on a webpage as opposed to testing what impact is possible from changing one specific element.

Take a standard Google ad, for example. You could run a multivariate test on the two elements of the ad - the headline and the copy. 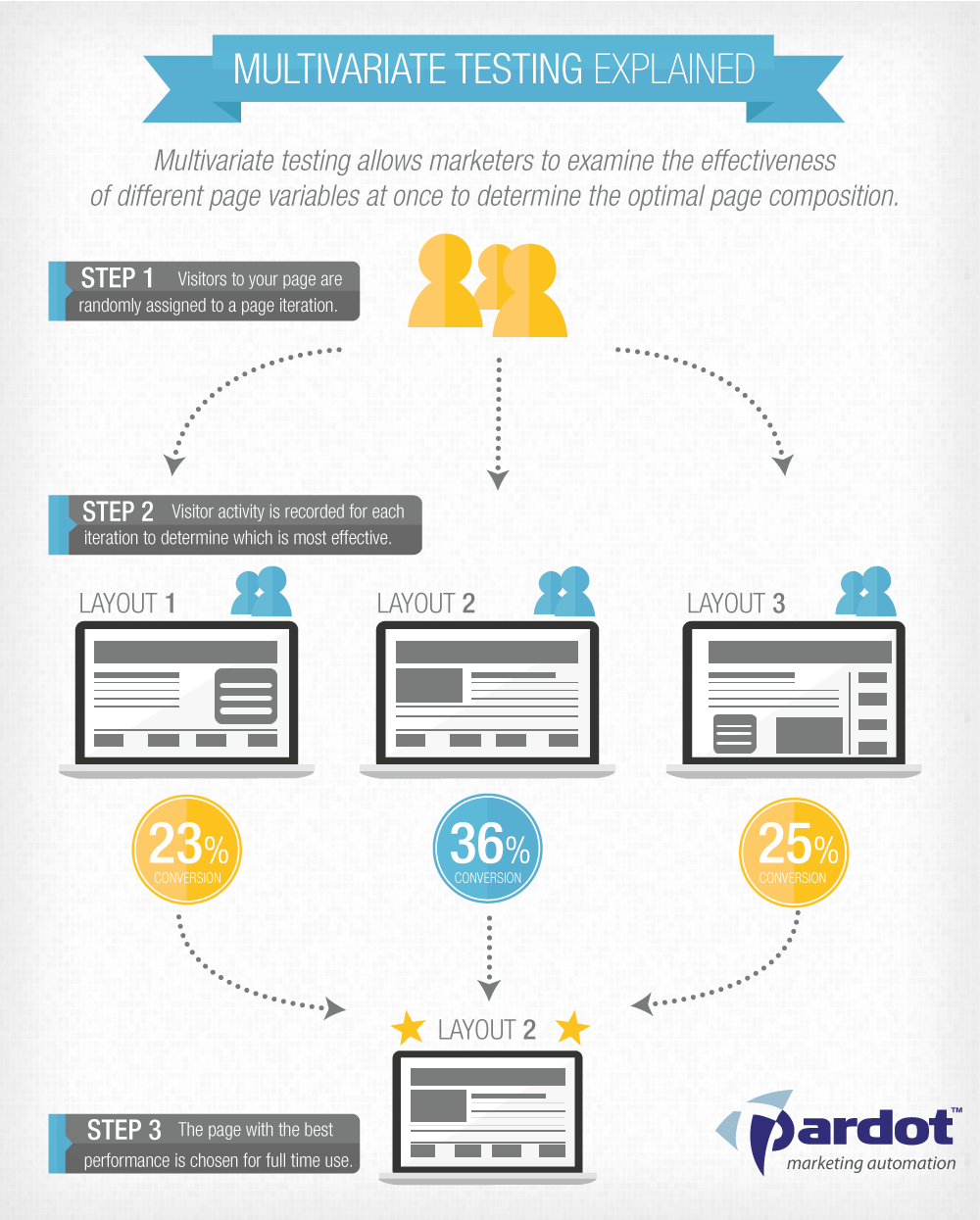 With a limited number of variables, running multivariate tests for PPC or paid media ads is relatively straightforward.

When it comes to web or landing pages on your company’s site, there are a lot more elements that you can test, making the options for a multivariate test much greater with a plethora of variations possible.

It’s important to note that the greater number of variations your test includes, the larger the sample size you’ll require to run a successful test. You’ll need either more site visitors or the test could take a longer time to achieve statistical significance compared to a simple A/B test.

Not sure what the difference between A/B testing and multivariate testing is? Let’s explore each type of test and the benefits of each when it comes to strengthening your paid ads and landing page designs.

As we mentioned earlier in this article, A/B testing is the least complex method of evaluating an online ad or webpage design and is helpful in a variety of situations.

Several businesses use an A/B test to measure two different ad design directions against one another. For example, the one version of a company’s online ad might include a call to action (CTA) of “find out more,” while a second version might test a completely different CTA, suggesting searchers click to receive a free demo. After a decent amount of people have been funneled to both ads, the number of clicks on each ad’s version of the CTA can be compared.

A/B testing is also helping when you want to optimize a landing page where only one element is up for debate. For example, a SaaS company running an A/B test on their website might find that 79% more people are willing to submit their contact information in order to receive a demo that states upfront that a free trial is available than they are for one where the free trial is not mentioned. When A/B testing is utilized in this way, a third or fourth version of the landing page is often included in the test, which is sometimes referred to as an A/B/C/D test. This means traffic to your website must be split into thirds or fourths, with a lesser percentage of visitors visiting each version of the landing page.

Find out more on why A/B testing matters and what you can test with Galactic Fed’s A-Z on A/B testing.

Multivariate testing follows the same core mechanism as A/B testing but compares a higher number of variables and reveals more insight into how these variables interact with each other. As is the case with running an A/B test, traffic to a web or landing page is divided between different versions of an intended layout or design. In other words, the purpose of a multivariate is to measure the effectiveness each design combination has on the ultimate goal.

Once a landing page or online ad has received a decent amount of traffic to run a test, the data from each variation is compared to find not only the superior design but also to reveal which elements have the greatest positive or negative impact on a site visitor’s interaction.

When to use a multivariate test

Running a multivariate test is an excellent way to help you target redesign efforts to the elements of your paid ad or landing page, helping your business identify where they will have the most impact. This is especially useful when crafting landing page campaigns, as the data and insight about the impact of a particular element’s design can be applied to future digital marketing campaigns, even if the context of the element changes.

One of the most important limitations to keep in mind when it comes to running multivariate tests is the amount of traffic your business will need to successfully complete the test. Given all evaluations produce a mathamateic result, too many changing elements at the same time can quickly equate to a very large number of possible combinations that need to be tested. Even a website with relatively high traffic might find it challenging to complete a test with more than twenty-five combinations in a reasonable amount of time. 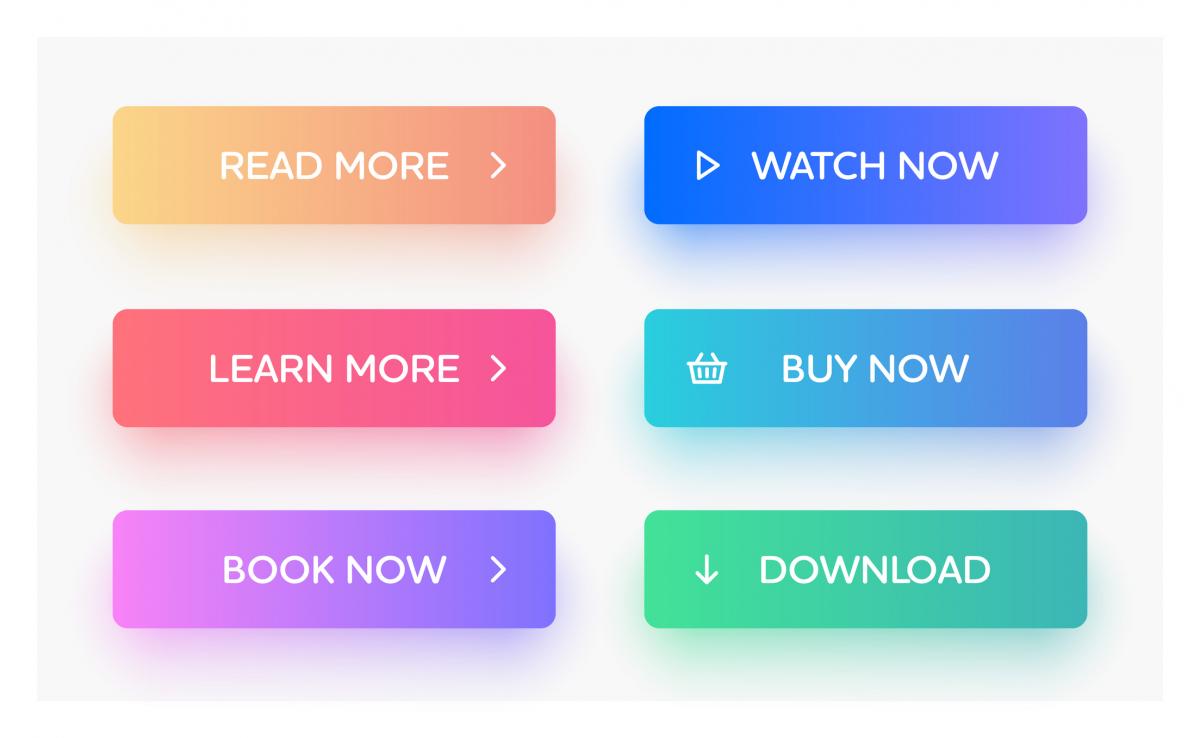 The power of button tests shouldn’t be ignored. Are you familiar with the $300 million button? Web designers replaced a “register”  button with a “continue” button together with a simple message stating that site visitors:

The result? Customer purchases went up by 45%. The boost in purchases resulted in an extra $15 million the first month of the button change. In the first year, the website saw an additional $300,000,000 in revenue.

Galactic Fed has also seen impressive results from undertaking button tests. A multivariate test is an optimal tool to allow your business to test multiple button options at the same time, including:

Multivariate testing your CTAs doesn’t stop at buttons. You can also trial variations of welcome bars, progress bars, and other landing page elements.

Suppose your business has launched a radically different landing page design, and you tested it using an A/B test. As a result of the test, you identified your optimal landing page design. Now it’s time to fine-tune for further improvements. This is when you can use a multivariate test to explore further options for designing and optimizing different elements within the landing page.

On the other hand, instead of changing the whole layout of a landing page, you may want to evaluate the impact of each element on performance.

Further landing page testing can include hero images, moving or static carousels, image size, color schemes, fonts, and the position of your CTA, to name a handful.

This is one of the most common multivariate testing examples and your business can run tests on almost any page of your website, not just landing pages, including product and home pages. 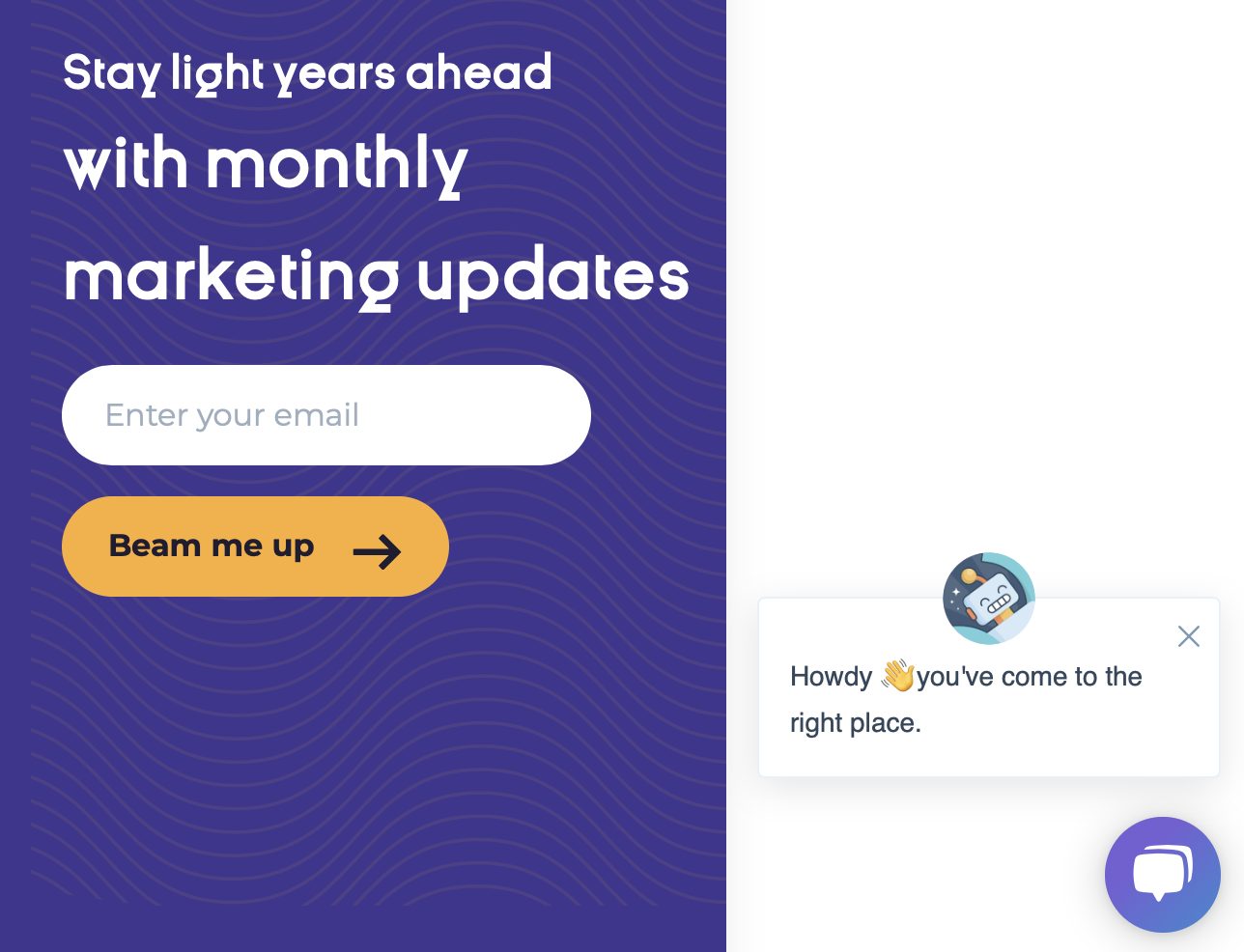 The advantage of a multivariate test in each of these scenarios is that it allows your company to test design options together with where they appear on your website and at what time.

Landing or web page design aside we also know that the position and timing of a message can have a massive impact on its performance when it comes to conversions. With multivariate testings, your business can explore different multi-dimensional factors too.

Take a subscription pop up, for example.

The pop up for your email sign up can be tested to answer the following questions:

Galactic Fed’s growth lab performs dynamic multivariate tests for various clients every day. We help everyone from large SaaS companies to nimble fintech start-ups with their multivariate tests that lead to high-performing ads and landing pages and, ultimately, increased conversions.

From website wireframes to the color of a CTA button, we laser-focus on your marketing funnel to optimize every customer touchpoint, turning high-quality traffic into new and repeat customers. In addition to A/B and multivariate testing our services include:

Skyrocket your growth with our digital marketing experts today!

Digital Marketing for Nonprofits: Everything You Need to Know