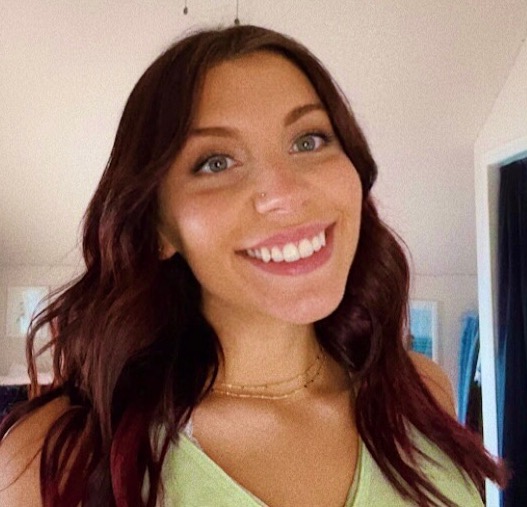 When Russian forces began invading Ukraine on Feb. 24, millions of residents were forced to flee the country for safety. According to an NPR report, “ten million people have left their homes” with “more than 3.6 million refugees fleeing to neighboring countries.”

In the last few weeks, Galactic Fed co-owners Irina Papuc and Zach Boyette and Galactic Fed employee Sorina-Elena Andresan have been working tirelessly in collaboration with marketing agency Nectr and Erin Murphy to aid and safely evacuate residents in need. As a global company, Galactic Fed has a network of remote workers who have been able to offer support all around the world. All coordination and communications have been done through Whatsapp and, so far, the initiative has successfully evacuated 11 women and children, including one baby, from Ukraine.

Nearly $70,000 in funds have been raised by Murphy, Irina, and Zach. Both Irina and Zach have also pledged to cover the refugee’s costs for up to six months while continuing to work toward helping more people. We are so proud of our team for banding together to provide support to those who need it most. Sorina-Elena herself has been on the ground in Ukraine during the process of evacuation. She retold the heroic story of helping refugees successfully escape danger and flee to the Netherlands.

The Journey to Cluj-Napoca

The family in need consisted of one grandmother, five mother, and five kids. They were initially evacuated from Ukraine to Moldova before being transported to the Romanian border at Costesti. In Costesti, the family spent a few hours in tents until the team was able to find a group of volunteers. The volunteers took care of them for the next two days offering them food and shelter. The refugees were told that the closest city from where they could get a train was Botosani. The team then began working to transport the family there.

Upon arrival, they were offered good food, shelter and water. Throughout the entire process, the family was very happy and grateful to stay in a warm and safe place.

The family is seen bundled up and holding their belongings in Costesti as they wait for volunteers to find them a safe and warm place to stay.

After a few days of staying in Botosani, the family was able to get a train to Cluj-Napoca. The weather was very cold and they were all very tired and hungry from the 11 hour journey. Thankfully, the team was able to provide them with a three bedroom apartment fully equipped with food, water, hygiene products, medicine, clothes, toys and more. For the first time in two weeks, the children slept through the night. This quiet, warm and safe place would be their new temporary home.

After a long train journey, the family had finally arrived in Cluj-Napoca. Tired, hungry, yet still immensely grateful, they were eager to see their new home and enjoy its safety and warmth.

Over the next few days, the family was able to enjoy their time in Cluj-Napoca, Romania. They went to the park where the kids were able to play with Romanian children. With voice translator apps, they were able to communicate.

The kids were able to just be kids at the Romanian park. Running around and playing with others their own age, they felt a sense of normalcy.

The team bought them new backpacks and gave them money to buy new shoes in the future, as they were worried there wouldn’t be enough space to fit them in their luggage. The family was able to dine at McDonald’s, where they were kindly offered the food for free. They were taken to Tauti Monastery where the mothers prayed and the children were offered warm food and cookies. They were even able to visit a small zoo.

The mothers are seen praying at the monastery while the children enjoyed their sweet treat.

Throughout the entire journey, many people who came in contact with the family wanted to help in any way that they could. It was heartwarming to see people from different backgrounds and different countries come together to offer shelter, food and bright smiles. During their time in Cluj Napoca, the family seemed a bit more relaxed and optimistic. With the imminent danger behind them, they were able to breathe a sigh of relief and begin feeling hopeful for the future.

A Bump in the Road

On March 14, the family was scheduled to leave Romania and fly to Austria. The team was under the impression that any Ukranian passenger would be able to fly to any European country with only their identification. However, the WizzAir flight company notified them that Austria was not accepting passengers without passports. The team then had to rethink their whole strategy.

Fortunately one team member, Victoria, was able to secure some free flight tickets to the Netherlands. Other tickets had to be paid for, but there is still a small chance that WizzAir will reimburse at least part of the money lost. Due to this, the group had to split up and take separate flights. On March 17, six people were able to leave after taking the necessary COVID-19 tests.

One mother prepares to take the necessary COVID-19 test in order to board the flight to the Netherlands.

They were given money for personal expenses and were smoothly able to board the plane. After arriving in the Netherlands, they settled into their new house where many volunteers provided them with food, clothing and other necessities. The second group left on March 19 and thankfully did not face any issues with the plane either.

After a stressful few days, the entire family was successfully able to board their flights and land safely in the Netherlands.

Finding Safety in The Netherlands

The family has now settled into their new home in Hulst, Netherlands. The town hall from Hulst will be giving them some money every week to help with basic necessities and food. The housing is not temporary and the family will be able to stay in this safe place for as long as they need.

The family is finally able to feel a sense of peace in their new, inviting home.

Once the law of benefits and work are approved, the adults will begin searching for jobs. The children are already attending school and have been very quick to respond to the new environment. Throughout the entire process, the family has extended immense gratitude and thanks for the opportunity to live safely away from war.

The family has settled into their new space and is now able to rest, relax and enjoy.

At Galactic Fed, we believe in using our talent and skills for good. Evoking positive social change and making a difference in the world is an important and essential part of our company. The work to help Ukrainian refugees has been an ongoing effort of our non-profit arm, Galactic Good. With Galactic Good, we partner with agencies and freelancers to provide these services and work toward helping those in need.

The Galactic Fed team, along with Nectr and Erin Murphy, are still looking to assist refugees in need by any means possible. Financial contributions are essential to continuing this mission. Respectfully, we ask that anyone in a situation where they are able to donate, donate here. We look forward to continuing this necessary and impactful work.